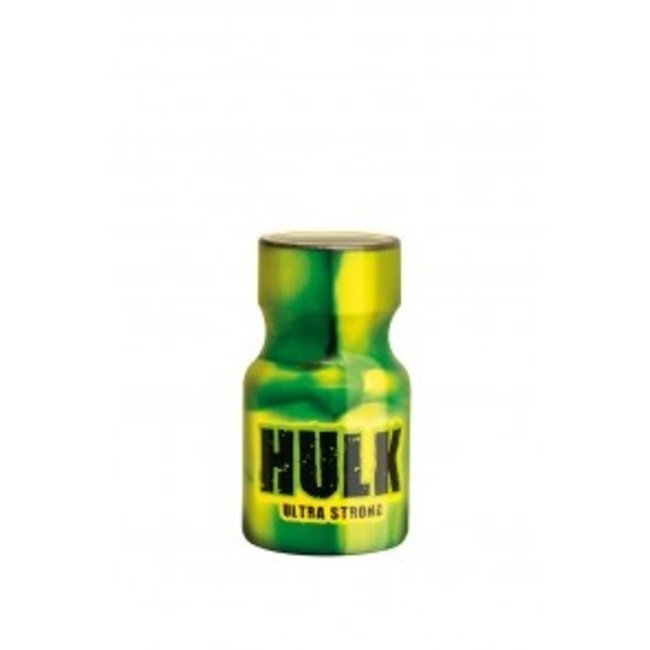 Lots of power and aroma in this popper, it is not called Hulk Ultra strong for nothing!

Poppers are not only a great addition during sex but also give an extra high during a party, concert or festival! Poppers work very quickly and produce an almost instantaneous high or "rush" of warm sensations .

The effects come on very quickly after inhaling and disappear again after a few minutes.

Open the jar and sniff the vapour through your nose. One sniff is enough for an effect of a few minutes!

Note: Do not use if you have used erection drugs such as Viagra or other hard or soft drugs. Sniff only, DON'T DRINK